ITSHE (ITCHE) GOLDBERG (March 22, 1904-December 27, 2006)
He was born in Apt (Opatów), Poland, and grew up in Warsaw where he studied in Hebrew, semi-secular schools and in Dr. Poznanski’s Teachers’ Seminary.  In 1920 he emigrated to Canada.  He graduated middle school and studied philosophy, political economy, and German at McMaster University in Hamilton, Ontario.  In 1924 he worked as a teacher at a Workmen’s Circle School in Toronto, later in the elementary schools, middle schools, and seminaries of Fraternal People’s Order of Toronto, Philadelphia, and New York; from 1935 to 1951, he was the culture and school director of the Order’s schools in the United States.  From 1970 he was professor of Yiddish language and literature at City University of New York.  He wrote literary critical essays and articles on Yiddish education and general Jewish cultural issues.  He created some twenty choral-dramatic montages which were staged in America, France, and Israeli kibbutzim.  He also published poetry under the name “Y. Gur.”  He edited: Proletarishe dertsiung (Proletarian education) in New York (1935-1937); Yungvarg (Youth) in New York (1937-1951)—in these serials among others, he published several dozen children’s stories—Heym un dertsiung (Home and education) in New York (1937-1941); readers in Yiddish poetry for middle school (1941-1950); Mayn yidish bukh tsvey (My Yiddish, book two) by M. Shifris (New York, 1945); Mayn yidish bukh dray (My Yiddish, book three) by M. Gelman (New York, 1945); Mayn yidish bukh fir (My Yiddish, book four) by M. Feldman (New York, 1947); In dinst fun folk, almanakh fun yidishn folks-ordn (In service to the people, almanac of the Jewish People’s Fraternal Order) (New York, 1947); Lomir kinder zingen (Let’s sing children) (New York, 1961); Yidishe kultur (Yiddish culture) (New York, edited from 1964); A. Bergman’s Yidish-english, english-yidish verterbukh (Yiddish-English, English-Yiddish dictionary) (New York, 1968).  Among his books: Undzer bukh, leyenbukh far yidishe mitlshuln (Our book, reader for Jewish middle schools) (New York, 1937), with A. Bergman; Undzer dramaturgye, antologye fun der yidisher drame (Our playwriting, anthology of Yiddish drama) (New York: IKUF, 1961), 540 pp.; Eseyen (Essays) (New York: IKUF, 1981), 431 pp.  He received the Zhitlovski Prize in 1962 and the Manger Prize in 1985.  He died in New York.
Goldberg’s “plumbing afresh into the main motifs of the works of the classic writers,” wrote Sh. Shtern, “elucidated a great deal the paths taken by those precursors in Yiddish literature….  He was deeply possessed by the poetic works of proletarian poets….  He had the same experience in approaching the writings of the ‘Yunge’ [group of poets]….  His essays on Soviet Yiddish literature were a major achievement for Yiddish literary criticism.”  “The essence of the Goldberg essays [is] their analysis and critique, their immersion in the deeper layers of literary soil…[and] the unearthing of the roots and seeds of every treasure and creation….” wrote D. Volpe about Goldberg’s Eseyen.  “The struggle for popular, national, and universal ideas…is the concentrated central point of all Golderg’s essays.  The emphasis on the social moment is the characteristic and the local color of the essays, in which Yiddish literature is reflected.”  From the resolution of the jury for the Manger Prize, we read: “Itshe Goldberg’s estimation of the value of literature is a consequence of his entire social-philosophical conception of the ethical and aesthetic mission of literature….  [He] is not only exceptional and inherently analytical, but also a great master of the language….  One must also not neglect…his poetry…under the name Y. Gur...with its distinctive content, style, and form.” 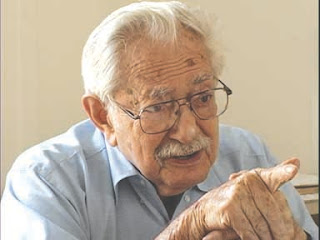