MORTKHE TENENBOYM-TAMAROV (February 18, 1916-August 20, 1943)
He was born in Warsaw, Poland.  He received a traditional Jewish and a secular ethnic education simultaneously.  He graduated from a Tarbut school in Warsaw.  He was active in the Zionist socialist youth organizations “Frayhayt” (Freedom) and “Heḥaluts” (The pioneer).  At the time of Hitler’s assault on Poland, he escaped from a burning Warsaw, and he lived for a time in Kovel (Kovle) and then in Vilna, where he established a seminar for the underground fight against the Nazis.  With his documents as a Karaite, he had the capacity to move through Polish communities which had fallen into German hands, and to organize underground Jewish fighting groups at various sites.  When the Germans occupied Vilna and confined the Jews in the ghetto there, he was active both in the ghetto and on the Aryan side.  In early 1942 on a mission to the headquarters of the Warsaw fighting organization, he was lured to the Warsaw underground movement and became the leader there of the younger activists and assistant editor of the weekly publication of Jewish fighting organization, Di yedies (The information) (Warsaw, 1942), for which he wrote editorials and “notices of the day” which revolutionized the readership.  He was also the editor of the illegal publication Dror (Freedom) (Warsaw, 1941-1942).  In October 1942 he moved to Bialystok where he became the commandant of the underground Jewish fighting organization.  He died in the midst of the uprising in the Bialystok ghetto in fighting against the Germans (according to another version, he took his own life when the Germans encircled his fighting group).  To honor his memory, an anthology was published, Dapim min hadeleka (Pages from the fire), with a foreword by Yitsḥak Tsukerman (Tel Aviv, 1947), 167 pp.  It includes: Tenenboym’s diary, his current events writings, and his notes in Hebrew, as well as translations from his writings in Yiddish and Polish. 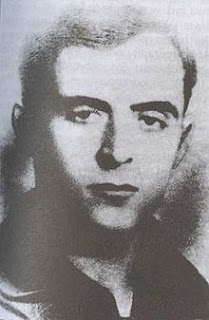