YISROEL-KHAYIM TAGLIKHT (ISRAEL TAGLICHT) (March 9, 1862-December 13, 1943)
He was born in Nagy Berezna, Hungary, into a family that drew its lineage back to the Maharam Schick [1807-1979].  He studied in religious elementary school and yeshiva, later graduating from high school and going on to study in Berlin at the Rabinner-Hochschule and at the University of Berlin; from the latter he received his Ph.D. degree in 1888.  From 1893 he assumed the position of rabbi in the Vilna community and in 1936 he became chief rabbi of Austria.  He was the author of a series of important studies in German on topics from Tanakh, on Jewish cultural history, as well as treatments of Jewish issues of the day.  In Yiddish he published two studies: a lexicographical treatise, “Di geografishe nemen fun tshekhoslovakay un fun shkheynesdike burgenland in di yidishe mekoyrim” (The geographical toponyms of Czechoslovakia and neighboring borderlands in Jewish sources), in YIVO’s Filologishe shriftn (Philological writings) 1 (1926), pp. 337-46; and “Lider fun ungarn un der slovakay” (Poems from Hungary and Slovakia), a collection of folklore with an introduction in Western Yiddish, in Filologishe shriftn 3 (1929), pp. 277-312.  He was connected to YIVO and actively contributed to the circle of YIVO work in Vienna.  He had compiled an immense body of material on the history of Viennese Jewry, but when it was all prepared for publication, the catastrophe of the Holocaust arose in 1938 when the Nazis seized his entire library with all of his manuscripts.  The same fate befell the eleventh volume of the Forschungen zur Geschichte der Juden in Österreich (Research on the history of Jews in Austria), which the historical commission of the Vienna religious community published and which was to publish the continuation of Taglicht’s work, “Legacies of Viennese Jews in the Seventeenth and Eighteenth Centuries”; the Nazis destroyed this volume, when it was waiting at the bindery.  Taglicht also wrote other historical works in German.  Several months before the outbreak of WWII in 1939, he escaped to Great Britain.  He died in London. 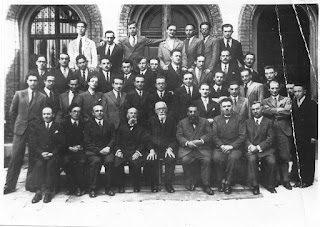