YOYSEF-BOREKH ZALTSBERG (J. B. SALSBERG) (November 5, 1902-February 8, 1998)
He was born in Lagov (Łagów), Poland.  From 1913 he was living in Toronto.  He received a Jewish and a general education.  In his youth he was active among the left Labor Zionists, and from 1926 he was playing a leading role in the Communist movement which he abandoned in 1956.  Over the years 1943-1955, he was a member of the Ontario Legislature.  He began writing on youth issues and community matters in the monthly periodical that he edited, Unzer yugend (Our youth) in Toronto (1919), as well as in other publications of the left Labor Zionists and later in the Communist periodicals: Der kamf (The struggle), Der veg (The path), and Vokhnblat (Weekly newspaper)—in Toronto; Morgn-tsaytung (Morning newspaper) in New York; and elsewhere.  He also contributed to: Keneder odler (Canadian eagle) in Montreal under the pen name Yoysef-Borekh; and Idisher zhurnal (Jewish journal) in Winnipeg, in which he published stories and ran a column “Vokh-ayn un vokh-oys” (Week in and week out). 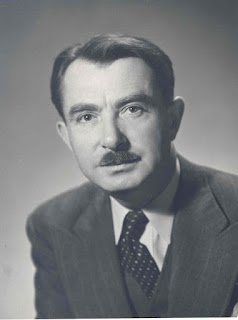