He was a folklorist, teacher, and playwright, born in Rohatshov (Rahachow), Byelorussia, into the family of a ritual slaughterer who primarily occupied himself as a farmer and gardener. After religious elementary school, he attended yeshivas. In 1919 he moved to Odessa, fell into a Jewish cultural environment, and became acquainted with Ḥaim-Naḥman Bialik.  He received his higher education in Odessa, became a teacher of Yiddish language and literature, and made appearances as a lecturer and public storyteller of works by Yiddish writers, and he organized circles and independent Yiddish theatrical events, adapted plays for the Odessa Yiddish State Theater, collected folklore, worked in the museum of Yiddish culture named for Mendele Moykher-Sforim, and became director of the Yiddish academic library. From his colossal folklore collection, he managed only to publish one booklet on anti-religious themes. Over the course of many years, he was friendly with Shloyme Mikhoels, and when the Moscow Yiddish State Theatre would go on tour and appear in Odessa (and the theater came to Odessa every summer), Mikhoels would disappear within an hour to be with his friend. Fortuitously Mikhoels, when the war started in 1941 and Shneur had to leave Odessa, invited him to Moscow, provided him with a small room in the building of his theater, and Shneur became the literary director of “Goset” (Moscow State Jewish Theatre). With the theater’s collective, he was evacuated to Tashkent. When Goset returned to Moscow, Mikhoels and Shneur began work on a pageant entitled “Freylekhs” (Cheerful tune). Shneur’s folklore collection, his extraordinary artistic taste, and his great erudition were held in fine repute. The pageant enjoyed phenomenal success and was the last flash of Moscow’s Goset; it was consequently the last creative achievement of this writer from Odessa. When the theater was closed, Shneur was arrested and deported to a camp in the North. He never returned from there. His written work: Antireligyeze mayses un vertlekh (Anti-religious stories and sayings) (Moscow: Emes, 1939), 42 pp. 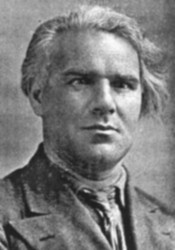