YITSKHOK SHNEURSON (ISAAC SCHNEERSOHN) (1881-June 24, 1969)
He was born in Homel (Gomel), Byelorussia, the son of a rabbi and a descendant of the Lubavitcher Schneersons.  In 1906 he served as a state rabbi in Gorodnye (Horodnye), Chernigov region and in 1908 in the city of Chernigov.  He was one of the well-known Jewish intercessors in Tsarist Russia.  In 1917 he served for a short time as mayor of Ryazan, before departing for Paris where he became a major industrialist.  During the German occupation, he joined the resistance.  He was the principal initiator of the great monument to the “unknown Jewish martyr” in Paris and of the Centre de documentation Juive Contemporaine (CDJC) which published a series of important works in French and English on the Holocaust in Europe.  In book form: Lebn un kamf fun di yidn in tsarishn rusland, 1905-1917, zikhroynes (Life and struggle of the Jews in Tsarist Russia, 1905-1917, memoirs) (Paris: Poliglot, 1968), 645 pp.  He died in Paris. 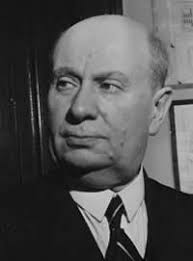