YISROEL DAVIDZON (ISRAEL DAVIDSON) (1870-June 30, 1939)
This was the adopted name of Yisroel Movshovitsh.  He was born in Yaneve (Jonava), Lithuania.  He studied in the yeshivas of Grodno and Slobodka.  In 1888 he emigrated to the United States, where he worked as a Hebrew teacher.  In 1895 he graduated from City College in New York.  In 1902 he received his doctorate from Columbia University for a work on parody in Yiddish literature.  He was one of the most important researchers in the field of Jewish learning in America.  He was also a professor at a number of universities and a teacher of Talmud at the Jewish Theological Seminary in New York, as well as a guest lecturer at the Hebrew University in Jerusalem.  His most important work was the four-volume Otsar hashira vehapiyut (Treasury of poetry and liturgical hymns) (New York, 1924-1934), 418, 490, 544, 499 pp., with an index to 35,000 poems and hymns and 2,843 authors.  Aside from other work, he was also editor and translator into English of Sefer shaashuim (Book of delights) by Yosef Zabara of the twelfth-thirteenth centuries (New York, 1914), 197 pp. (Hebrew edition appeared in Berlin, 1925).  He published as well: Sefer milḥamot hashem, kolel ṭaanot hakerai salmon ben yeruḥim neged rav saadya gaon (Wars of the Lord, including the claims of the Karaite Salmon ben Yeruḥim against R. Saadya Gaon) (New York, 1923), 132 pp.  Into English he translated the liturgical poetry of Solomon ibn Gavirol in Pinkes (Records) (New York) 1 (1927-1928); and in Yivo bleter (Pages from YIVO) (Vilna) 13.2-4 (1938), pp. 322-54, he wrote “Nokhbiblisher literatur fun glaykhvertl” (Post biblical aphoristic literature).  He also contributed periodical writings in English, Hebrew, and German on Judaica.  He edited Essays and Studies in Memory of Linda R. Miller (New York, 1938), 286 pp.  His work, Sidur rav saadya gaon (The prayer book of Rav Saadya Gaon) (Jerusalem, 1941), 438 pp., which he compiled with Sinḥa Assaf and Issachar Joel, appeared posthumously.  He died in New York.  His final publication to appear was Otsar hameshalim vehapitgamim (Treasury of fables and aphorisms) (Jerusalem, 1956/1957), 250 pp. 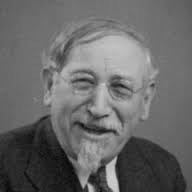